Javier, a patient entrepreneur who personally suffers from multiple food allergies, is the Founder and CEO of Alerje, a MedTech & Digital Health startup. He's also a founding team member of MedTech Color, an organization aimed to advance the representation of persons of color in the medical device industry. He serves as a Millennial Advisory Board Member to First Independence Bank. Javier recently made the 2019 Crain’s Detroit Business 40 Under 40 list. He served as the 2017 Google x CODE2040 Detroit EIR. Prior to this endeavor, Javier led in the development of mobile app projects for a multi-billion dollar health insurance company and pharmacy benefit manager. Before working in the tech industry, he was a founding team member of an independent insurance agency where he led in sales and management. Originally from Chicago, IL, he received his Bachelor’s degree from Illinois State University.

Christa is a military intelligence Army National Guard veteran and a former FBI Fingerprint analyst. For over 25 years, she has led teams, large and small, to transform their products into brands. Her mantra is that 'customers buy products, but trust brands.' Her work involves guiding founders to discover why they exist and for whom, craft their 'secret sauce', and build the right strategies and narratives to own whatever room they find themselves. She was a founder of Entre-SLAM, an storytelling and entertainment series, where underrepresented entrepreneurs stood center stage to share stories of struggle, triumph, and tenacity. This popular series grew from Ann Arbor to Detroit and expanded into Chicago and Memphis. Christa also built and developed a national business accelerator for the American Heart Association. She recruited, trained, and helped lift tech and social impact founders of color and HBCU student innovators to national stages. Alumnae of her work has gone on to be a Top 10 Finalist for the celebrity-studded CNN's Hero's Celebration and recognized by major media outlets like Forbes and Fast Company. Within four years of launch, grants for the accelerator grew 1400%. She is the author of The Brand Storybook: Everything an Innovator Needs to Know to Discover Their Voice, Own it, and Move the World. Christa is a member of the United Nations Educational Scientific and Cultural Organization Creative Cities network, an initiative that has identified the critical need to include innovation, design and creativity as a strategic factor for sustainable urban development. Originally from Virginia, Christa received her Bachelor's degree from The University of Michigan.

Will is a biomedical/product engineer that loves to find ideal solutions. He believes that inspiration can come anywhere, but his favorite places to look are in literature and the outdoors. Before his time at Alerje, Will worked on a more affordable epinephrine auto-injector at UNC-Chapel Hill, where he received a bachelor’s degree in biomedical engineering. After work, you will often find Will reading a book or at the climbing wall, sometimes at the same time.

Yue is a graduate from University of Michigan with a M.S. in Information Science, specializing in UX research and design. During her study, she has experience working on enterprise and consumer facing products. She's motivated to listen to users’ needs and solve problems in useful, intuitive and delightful ways with her skills from design, software engineering and illustration background.

Quindelyn Cook, MD is a board certified Allergist-Immunologist in Boston. Dr. Cook manages adults and children with allergies, asthma, eczema, and immunodeficiencies. Her clinical interests include food allergies, allergic rhinitis (seasonal allergies), asthma, and disparities in atopic diseases. Her personal experiences with multiple allergic conditions prompted her to pursue a career in medicine and become an allergist. Prior to coming to Boston, Dr. Cook completed an Allergy Immunology fellowship at the University of North Carolina (UNC). During her final year of fellowship, she served as a postdoctoral fellow/clinical instructor in the Department of Pediatrics with the UNC Food Allergy Initiative, a Food Allergy Research and Education Center of Excellence. Dr. Cook has a passion for patient education, and wants to inspire more underrepresented families to advocate for their children and communities, when it comes to improving access to subspecialty care, awareness of food allergies, and innovative therapies for allergic conditions.

Dr. Gupta is an Assistant Professor and Faculty at the University of Michigan in the Division of Allergy and Immunology. She started her career in Allergy and Immunology with research in pediatric asthma and food allergies at The Johns Hopkins Hospital in Baltimore. She completed her residency in Pediatrics at Sinai Hospital of Baltimore and her clinical fellowship in Allergy and Immunology at The Children’s Hospital of Philadelphia (CHOP). She then served as clinical faculty and Assistant Professor at the Mount Sinai Jaffe Food Allergy Institute in New York City, specializing in care of patients with a multitude of allergic conditions focusing primarily on food allergies. Throughout her career, Dr. Gupta has been involved in a multitude of research studies in the fields of pediatric food allergy and asthma.

Phillip Levy, MD, MPH is the Edward S Thomas endowed Professor at Wayne State University where he currently serves as Assistant Vice President for Translational Sciences and Clinical Research Innovation, and Associate Chair for Research in the Department of Emergency Medicine; in addition, he is also the Chief Innovation Officer for the Wayne State University Physician Group. Dr. Levy has overseen more than 90 funded studies from various entities since his arrival at Wayne State in 2002 including the CDC, NHLBI, NIMHD, PCORI, AHRQ, EMF, and Robert Wood Johnson Foundation. Related to this work, Dr. Levy has published more than 220 manuscripts and textbook chapters over the past decade and has been an invited lecturer on cardiovascular disease more than 220 times. While most of his research has focused on uncontrolled hypertension, hypertensive heart disease, and heart failure (and related health disparities), he has also been at the forefront of efforts to better understand the evolution in biomarker evaluation of myocardial injury.

Dr. Rob Moskowitz is a practicing board certified emergency room physician who has served as medical director at multiple hospitals for over a decade. He completed his executive MBA at Vanderbilt in 2008 and is the former Chief Medical Officer for Satchel Health. He is married with two children, one of which has severe food allergies. His commitment to Alerje stems from his expertise in handling food allergies as both a father and a physician.

David has built and scaled multiple healthcare companies that resulted in successful exits to strategic buyers. As the CEO, he led Armune BioScience in it’s 2017 acquisition by Exact Sciences. He was the US President at Phadia US/AB, which sold to Thermo Fisher Scientific in 2011. David is a combat veteran, husband, father, business executive, and creator of the award-winning resources you’ll find on this website. He is dedicated to developing programs and resources that help people be their best for those they care about most at home, work, and in the community

Dr. Sabine Seymour is an entrepreneur, researcher, and athlete. As a technologist, Sabine conceives products at the intersection of sensors, data, and the body. As an economist, she develops wealth distribution and asset ownership models for citizens who generate biometric and environmental data using distributed technologies. Her recent venture SUPA® is democratizing data by tokenizing the body™. Her think tank MOONDIAL is the nexus between silicon and style™ for clients like Intel, Siemens, GE, Disney. Dr. Seymour was the inaugural professor and director of the Fashionable Technology Lab at Parsons School of Design in New York, led the research project BODYMETAPHOR with co-researcher Miriam Steele at the New School of Social Research, conceived Computational Cellulose at Aalto University, and was the Chair of the Rockefeller Foundation funded Computational Fashion Research Initiative at Eyebeam Art + Technology Center. She authored three books: Fashionable Technology, Functional Aesthetics, Computational Fashion, and currently works on Social Data Capitalism. She serves as a board member, startup mentor, and received numerous grants and awards. She was a Tory Burch Foundation Fellow and received the Michael Kalil Fellowship for Smart Design. She is an invited domain expert for Disney, Autodesk, NASA, Lufthansa and public speaker at TEDx, SXSW, Ars Electronica. She was called inventor of the future by Cool Hunting and has been featured in Wired, Vogue, Forbes, Wall Street Journal, New York Times and appeared on PBS, NBC, and ORF. She was featured as an exemplary for her life's work at the Museum of Applied Arts 150 years anniversary exhibition in Vienna. Dr. Seymour holds a PhD and joint-MSc/MBA in Economics and Social Sciences from University of Economics in Vienna and Columbia Business School, and a Master in Interactive Telecommunications from New York University. She is an avid snowboarder, skier, surfer, golfer - and sneakerhead, and built a helmet as game controller in 1996.

Brian is the Director of Commercial Partnerships at the one of the leading digital health companies in the industry, Livongo (recently merged with Teladoc) whose mission is to empower people with chronic conditions to live better and healthier lives. His responsibilities include seeking, developing, and growing strategic channel partners, with areas of expertise in digital healthcare, commercial partnerships, and data analysis among other areas. Before this role, Brian co-managed the Client Implementation team, partnering with HR executives of self-insured employers to launch our solutions and optimize enrollment.

Dr. Jonathan Tam, MD is an Allergy & Immunology Specialist in Los Angeles, CA and has over 14 years of experience in the medical field. He serves as the Medical Director at The Gores Family Allergy Center, Attending Physician and Assistant Professor of Clinical Pediatrics, Keck School of Medicine of USC. He graduated from Northwestern Feinberg School Of Medicine medical school in 2007. He is affiliated with Children’s Hospital Los Angeles.

Ken is a Dallas, Texas native and alumnus of Prairie View A&M University with a BBA in Marketing. With a large family background in healthcare, Ken has constantly been encompassed in an environment that stresses health and overall wellness. His professional background includes digital marketing, copywriting, social media, communications, and B2C campaign strategy for multiple organizations within the food allergy, food, healthcare, and social work industries. From creative to strategy, is proud to join Alerje in helping those suffering from life-threatening food allergies Make Every Moment Count.

Drop us your message! 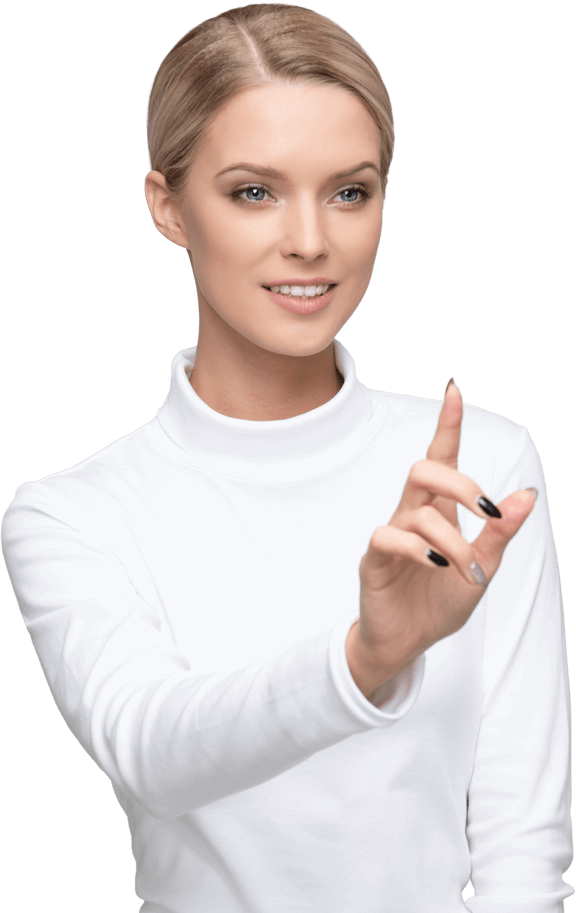 Thank you! Your submission has been received!
Oops! Something went wrong while submitting the form.

Started and led by a tech entrepreneur who personally suffers from life threatening food allergies, we have a diverse team with collective backgrounds in design, mechanical engineering, mobile app development, medical technology, and business development. 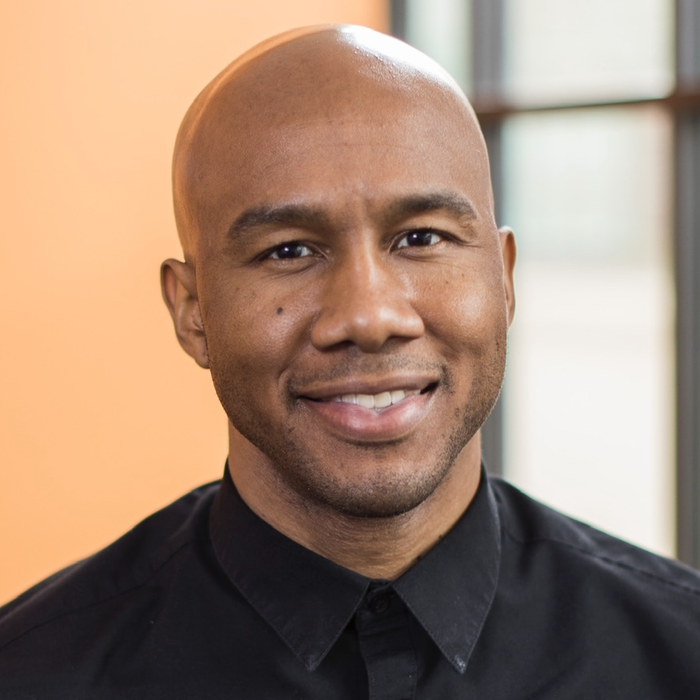 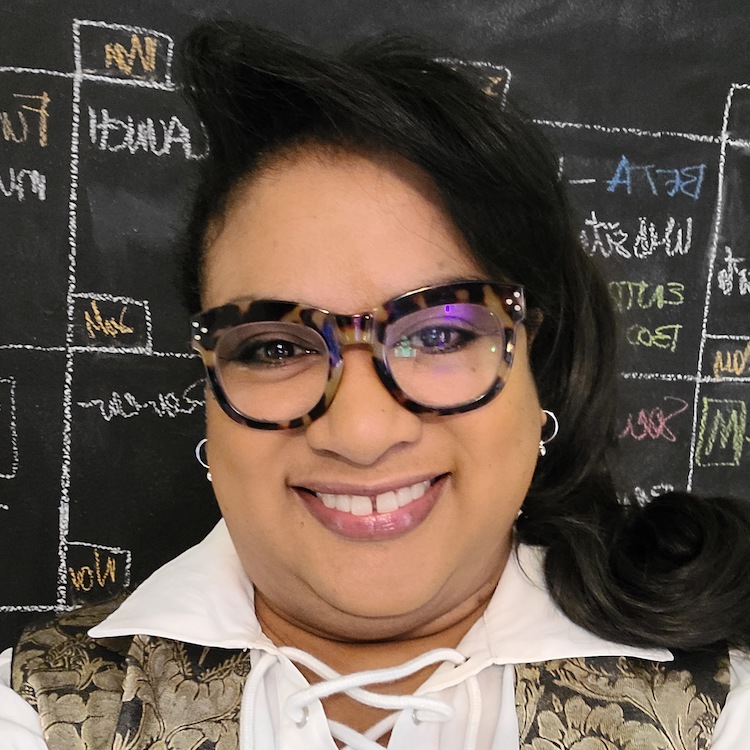 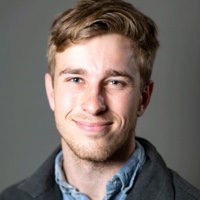 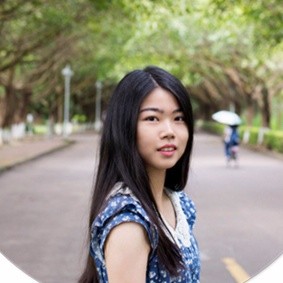 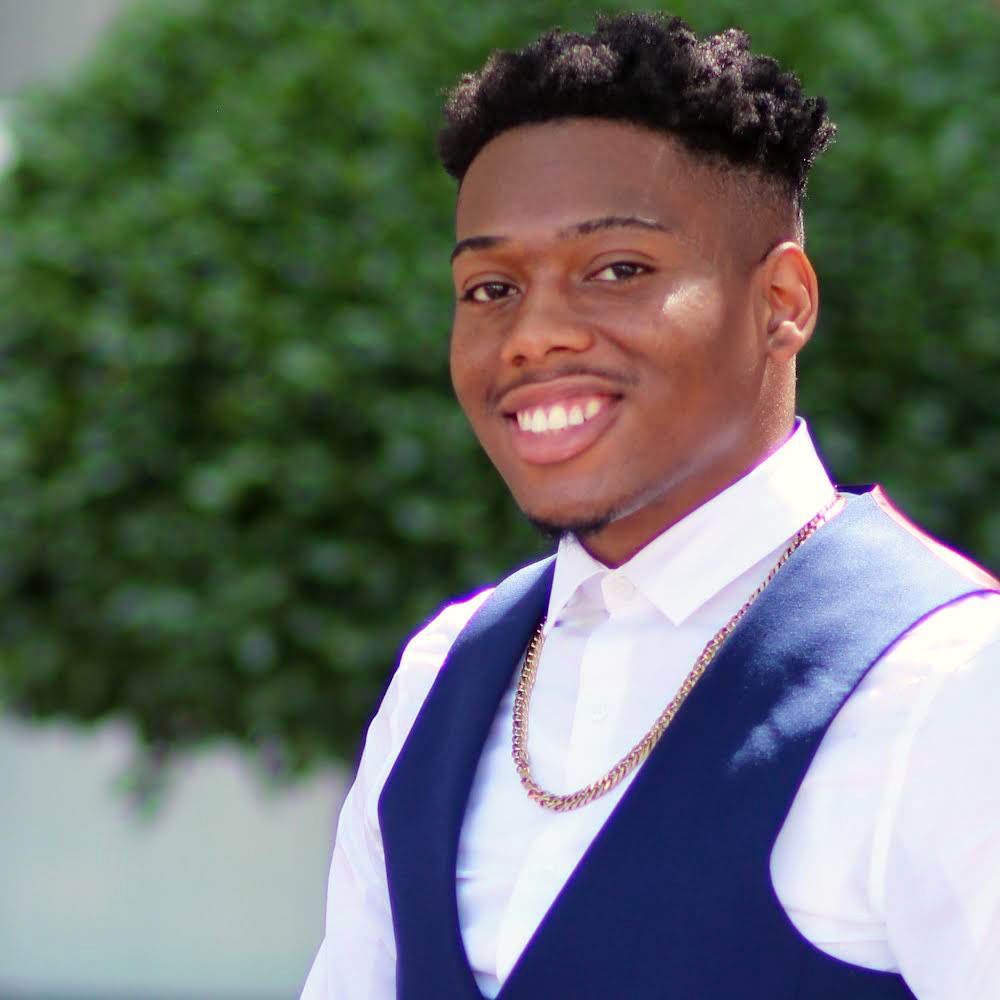 Our Medical Advisory Board

Our Medical Advisory Board represents some of the brightest medical minds in the industry. They're also deeply committed to looking at ways to improve the lives of families struggling with managing food allergies. 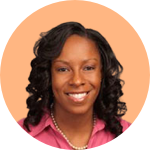 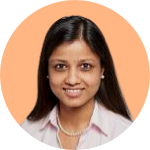 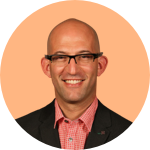 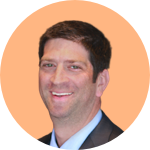 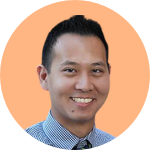 We have veteran advisors with backgrounds in big pharma, medtech, data, IoT, and clinical industry expertise that have allowed us to learn fast. One of our advisors has built and scaled multiple healthcare companies that resulted in successful exits to strategic buyers. 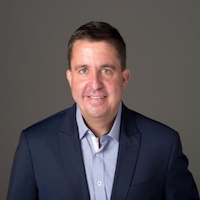 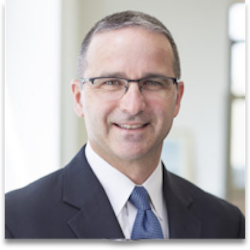 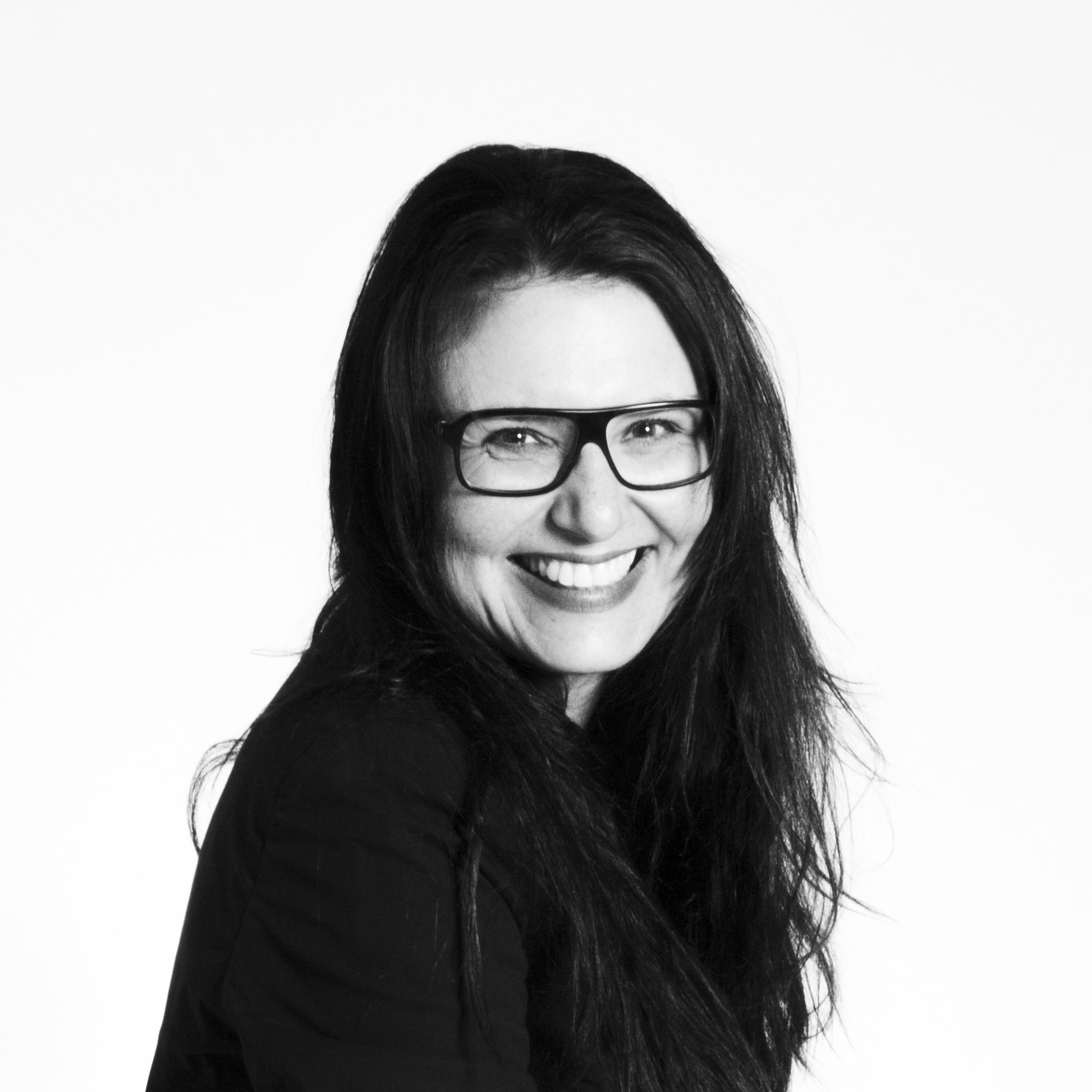 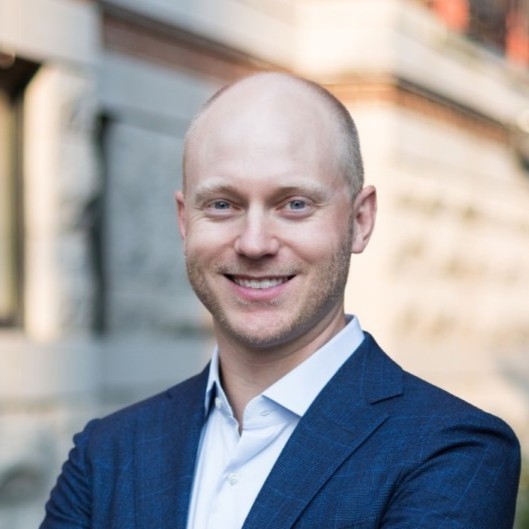 Thank you! Your submission has been received!
Oops! Something went wrong while submitting the form.
Disclaimer: Alerje's medical device is still under development and will be subject to approval by the FDA before becoming available for purchase.
Our Privacy Policy
© 2021 Alerje, Inc. All rights reserved.